Thonga Beach Lodge is located in the iSimangaliso Wetland Park, an internationally recognised World Heritage Site that is one of the most biodiverse regions in all of Africa.

A sanctuary for species

The 358 534ha and 220kms long reserve is a tropical paradise of crystal clear water, marshland, swamp and coastal forests. Inside the reserve is Lake Sibaya, which has 100km of untouched shoreline and is South Africa’s largest freshwater lake. Hippo and crocodile bask in and around the lakes and the reserve provides a haven for a variety of rare fish, flora and fauna.

Birdlife in the area

Thonga Beach Lodge is a twitcher’s paradise, and the area surrounding Thonga Beach Lodge forms one of the most important refuges on the Southern African sub-continent for an array of beautiful birdlife. Estimates of the number of species of birds in the iSimangaliso park vary, but one thing we know for certain is that the different ecosystems allow for diverse birdlife, from terrestrial birds to sea birds, freshwater birds and forest species. Many species of migratory waterfowl and wetland birds also flock to our shores.The Maputaland region is home to 77 subspecies of birds that are endemic to the area. It is also one of the principal breeding areas in South Africa - 339 bird species are known to breed in the iSimangaliso Park.
Guided birding is available at no additional cost.

The shallow reefs and rock pools along our protected stretch of coastline are home to an array of brilliant sub-tropical fish including moorish idols, parrot fish, electric rays and blue surgeons. Due to the diversity and abundance of reef fish, Mabibi is regarded as one of the best snorkeling sites in South Africa.

At Thonga Beach Lodge, guests have the chance to get up-and-close with these amazing marine mammals on an open sea adventure. Swimming with dolphins or whale sharks or snorkeling with manta rays and giant turtles is a highlight on anyone’s bucket list!

conservation The miracle of life

There are a number of different turtles found off the coast of Maputuland, but only two of these lay their eggs on the Maputuland coast: the leatherback and loggerhead turtles. Their nesting sites can be found right in front of the lodge, and we are proud to play a role in the protection of these magnificent creatures.

Often having swum the length of the African continent, a mother turtle returns to the same beach every year. Amazingly, her eggs are laid within metres of where she herself emerged as a hatchling. Our Thonga guests can have the privilege of viewing the turtles as they are laying, although we take every precaution to ensure that the turtles are not disturbed.

Both loggerhead and leatherback turtles nest during the summer months at night (November – February). Steep beach faces make it easy for loggerheads to swim through the surf over low lying rock ledges. The females emerge from the surf and rest in the wash zone on the beach. Here they assess the beach for any danger by lifting their heads and scanning the beach. Satisfied that there is no danger they then proceed up the beach to well above the high water mark.

Having found a suitable site, the female commences by excavating a body pit, this enables her to lie with the top of her carapace level with the beach. She then digs an egg cavity with her hind flippers. The egg pit is a flask shaped hole about 50-80 centimetres deep. A normal clutch constitutes 100-120 soft white shelled eggs which are deposited into this hole. When all of the eggs have been laid the female fills the hole with sand and kneads the surface until the sand is packed hard. Once this is done, she disguises the nest site by throwing sand with her fore flippers over the nesting area. Leatherbacks can return up to seven times to lay eggs, while loggerheads return up to four times in a single season.

Loggerhead turtle eggs take between 55-65 days to mature and leatherback turtle eggs take between 65-70 days. The sex of the hatchlings, like crocodiles, is determined by the temperature within the nest but with opposite results. Females occur between 32-34 ºC and males occur in cooler temperatures. Once ready to emerge the hatchlings cut their way out of the egg with a special egg tooth on the end of their beaks. After the bulk of the eggs have hatched the hatchlings start digging at the sides of the nest. The hatchlings will often wait during the heat of the day, until the sand has cooled before emerging and heading to the sea.

The success rate of the hatchlings is very low. One of the many threats is the honey badgers that patrol the dunes for nests. The nest often opens at night to minimize predation by crabs and birds. Once in the sea the hatchlings are at risk from fish and squid and because of all these factors it is estimated that maybe two of each annual nesting survive to become an adult.

The most serious threats that are present at various life stages

Loggerhead turtles (Caretta caretta) are a lot smaller than leatherbacks however they are the world’s largest hard-shelled turtle. Their weight ranges between 80-200 kg, with a length of 70 -95 cm. However, the maximum recorded weight of a loggerhead was 545 kg with a carapace length of 213 cm.

Loggerhead turtles inhabit the Atlantic, Indian and Pacific Oceans, as well as the Mediterranean Sea. Their average dive duration is 15-30 minutes however researchers have recorded them submerged for up to four hours.
Loggerheads spend most of their time in open ocean and shallow coastal waters, they rarely come ashore except for the female’s brief visit to dig nests and lay their eggs. Nesting takes place at night from the end of October through to January. The round, white, leathery eggs – as many as 120 in a clutch – are laid in the sand and then covered with packed sand. The females come ashore and lay up to 500 eggs in 15 days intervals. The juveniles hatch after 55 days and head out to sea.

Loggerhead turtles are omnivorous, subsisting mainly on bottom dwelling invertebrates. Due to their particular diet, they have a large head with strong powerful jaws to crush their prey. Scale points or claws on the anterior margin of their forelimbs assist them with manipulation of their food and the male uses them to hook onto the female whilst mating.

Leatherback turtles (Dermochelys coriacea) are the largest of the turtles in the oceans of our planet, they are the largest reptile other than three species of crocodile. The largest recorded length of a leatherback was 3 metres from head to tail with a carapace length of 2.2 metres. This particular turtle weighed in at 916 kg, however typically they weigh between 250 to 750 kgs.

They are the fastest moving reptiles and travel vast distances between their feeding grounds and nesting beaches. Scientists have tracked a leatherback turtle that travelled 20 000 km in 647 days. A leatherback from our Maputuland coast was fitted with a GPS transponder and its journey was recorded to travel from Maputuland to Angola on the West Coast of the African continent.

Out of all turtles, leatherbacks dive the deepest. One leatherback has been recorded to dive 1 280 metres, making them one the deepest diving marine animals. Typical dive durations are between 30 and 85 minutes.

As its name implies, a leatherback turtle does not have a bony carapace shell like other turtles, its back is covered in a dark grey to black leathery and oily skin. Female leatherbacks prefer soft sandy beaches because of their soft leathery backs. Females will lay as many as 10 clutches in one breeding season, each clutch with an estimated 80-100 soft shelled eggs.
Leatherback turtles subsist almost entirely on jellyfish.

Seven species of marine turtles exist in the world’s oceans today, therefore turtles are important indicators of ocean health. There are five species found off the Kwa-Zulu Natal Coast, namely, the loggerhead, leatherback, hawksbill, green and olive ridley turtles. Of these five species that occur in South African waters, only the loggerhead and leatherback females nest along our shores.

From the early 1960’s, concerted efforts were made to enforce legislation banning egg collection and the harvesting of adults. In 1963, under the auspices of the Natal Parks Board, a Turtle Conservation and Monitoring programme was initiated along the north- eastern coast of Kwa- Zulu natal (which is now the iSimangaliso Wetland Park) to monitor and record nesting populations of loggerhead and leatherback sea turtles along the eastern seaboard and simultaneously provide protection of the females during this vulnerable stage on the shore. 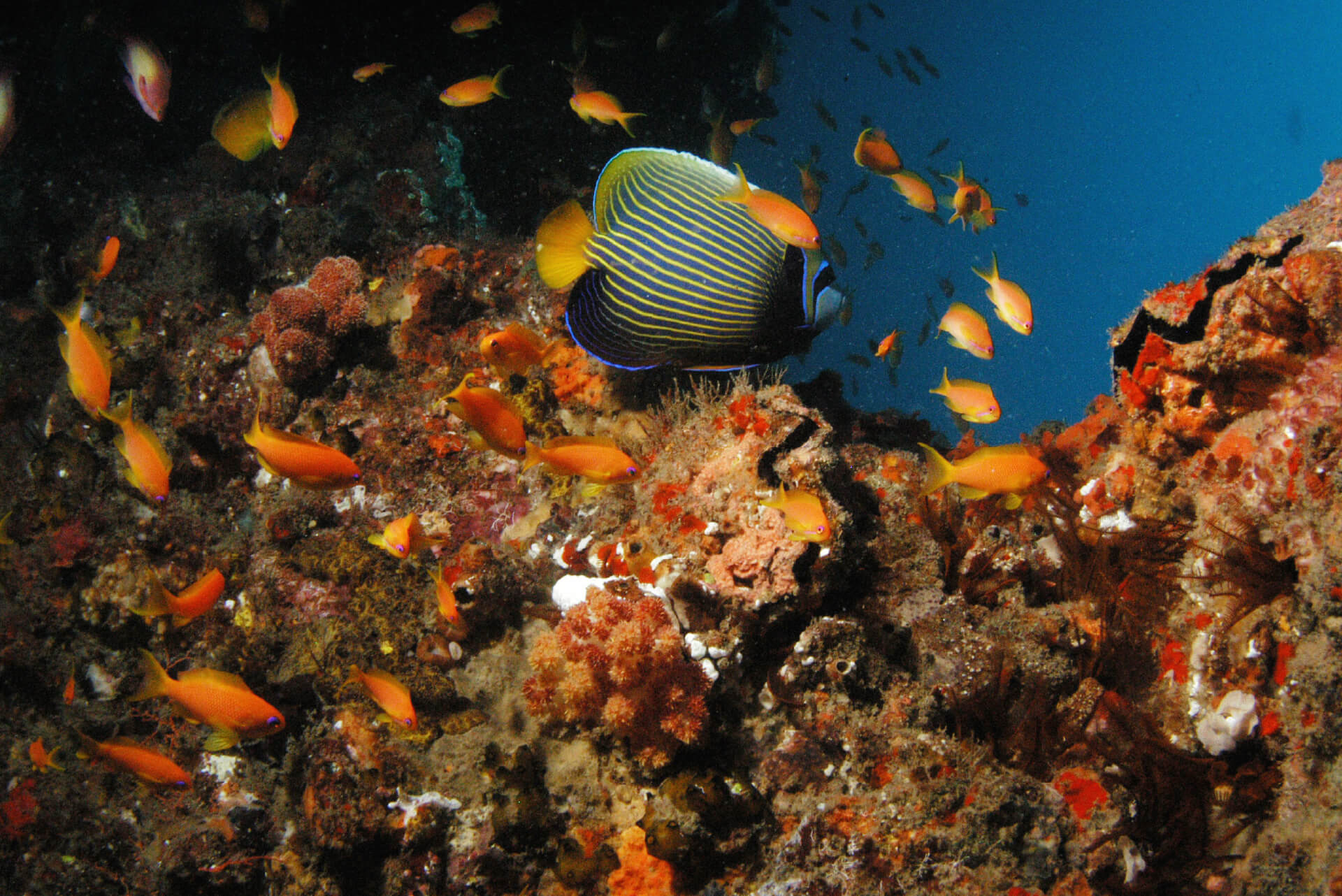 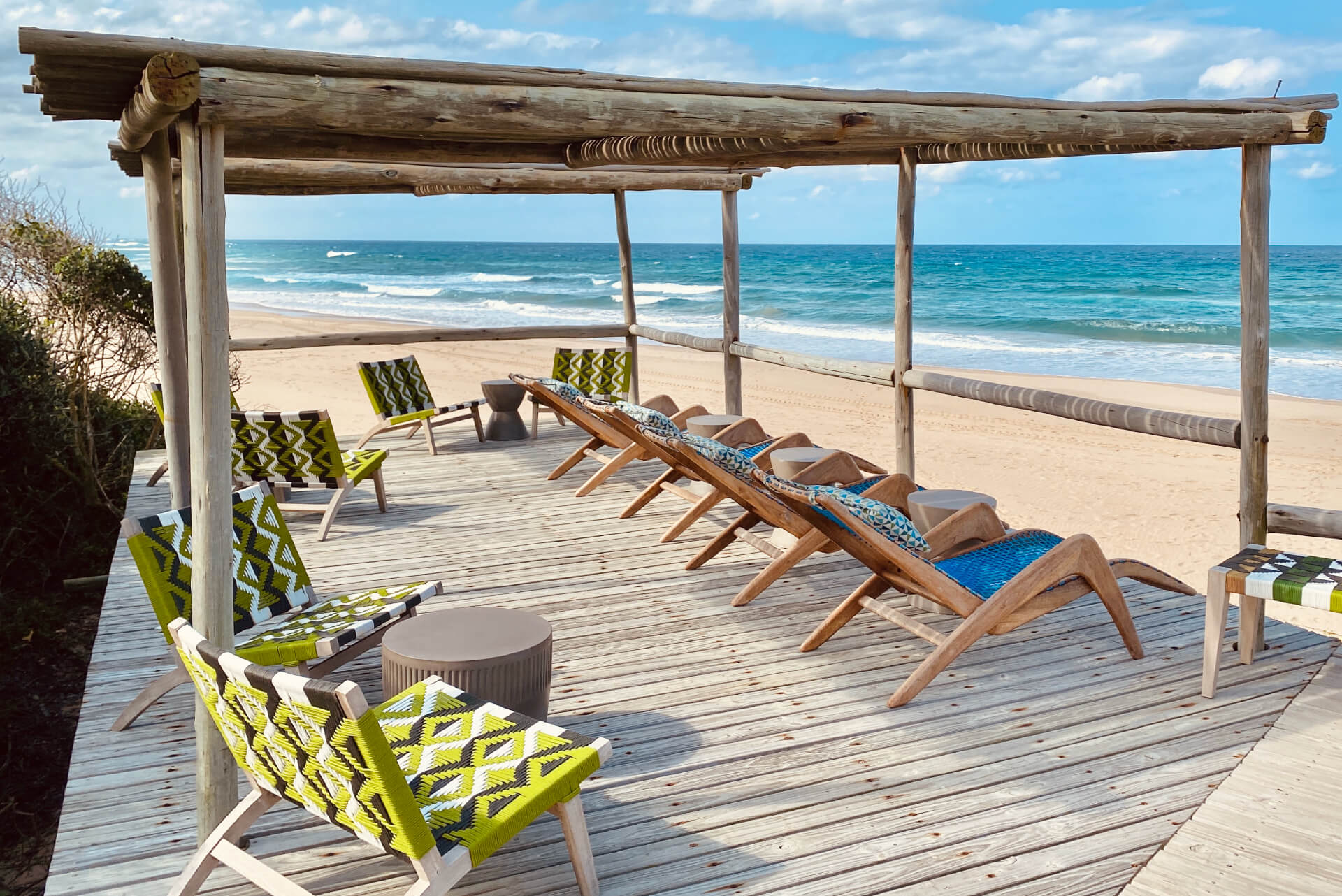