If you are lucky enough during your stay at Thonga Beach Lodge, you may join Layla Leigh Edeling on a guided forest walk. Her enthusiasm about all things creepy and crawly, feathered and fluffy will infuse your visit and you will look with renewed appreciation under every leaf and stalk. We asked Layla 5 questions about her love of critters and here is what she had to say. All the images in this blog were also taken by the talented Layla. 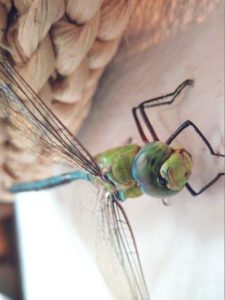 Nature as a whole has always fascinated me for as long as I can remember, the sounds, the smells, absolutely everything about it. When most people see insects and small critters, they tend to want to be as far away from them as possible but for some reason I have quite the opposite reaction. What many people don’t realise is how fascinating insects can be! For an example, some species of stick insects can reproduce through parthenogenesis, which means that they don’t need a male to fertilise the eggs! OR because a cockroach’s brain is in its abdomen, it can live without its head for several days before it eventually starves to death. Did you know that some insects such as the fruit fly can show feelings? Researchers are studying the fruit fly to understand a range of emotions. Through these studies we are learning about challenging disorders such as Attention Deficit Hyperactivity Disorder (ADHD), aggression and attraction. Fascinating right? There are so many incredible facts that will absolutely blow your mind! 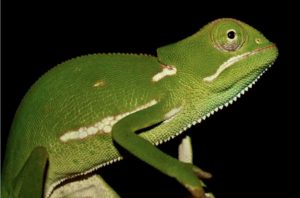 I don’t have a favourite critter, I enjoy them all because of their uniqueness and ability to be completely different in every way. The diversity of insects is unparalleled by any other group of animals. Each species has different behavioural qualities, different mating behaviours. They eat different foods – some eat each other after mating, while others have even been known to form relationships and friendships where they with stay together as long as they are alive. 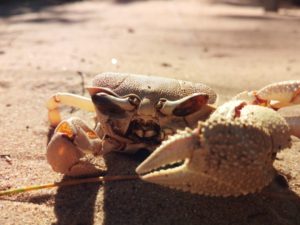 Most of them definitely do! The perfect example for this is a Honey Bee. While not all bees are social, the Honey Bee lives in a complex societies known as eusocial. Eusociality is an extreme form of social behaviour only found in a few types of animals. They are extremely protective of their fellow bees and will risk their lives for their colony. They also take turns caring for young bee larvae, even if it is not their own. Almost all of the bees that you see are females (The queen and the workers). The male bees, which are called Drones, leave the nest to mate with other queens from other hives and die shortly after. 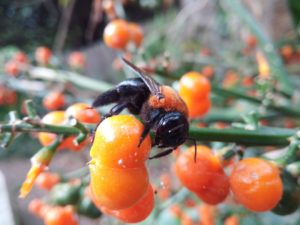 Every creature on the earth has a role to play, it doesn’t matter how big or microscopic the animal is. Some animals have a simple role like:  squirrels foraging for nuts, seeds and berries. Many squirrels have a poor memory and forget where they hide their seeds and berries, which leads to new trees growing in different areas. If you remove one important animal out of the equation, sometimes the effects could be disastrous. For an example (getting back to the Bees), 7 different species of bees have gone from our endangered list to dangerous. Why would it be dangerous if they were declared extinct? Honey Bees are involved in the production of over 70% of global crops that feed 90% of the world’s population. Because bees are critical pollinators, if they had to go extinct, we would lose all of the plants they pollinate across the globe which will have a huge impact on our wildlife higher up the food chain that eats those specific plants, not to mention the crops that we use as food ourselves. The entire food chain would eventually collapse due to more animals becoming extinct, resulting in a struggle to find food. But bees are not extinct yet, there is still time to increase their numbers but recovery is a process. It takes time and patience. Therefore I encourage everyone to step over ants, put worms back on the grass, release spiders back into your garden, open your window for bees to fly home. They are all little souls who deserve a life too. We are all able to make small changes that will eventually result in a huge change. 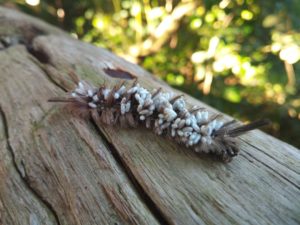 During any of your stays at Isibindi Africa Lodges, take time to pause for the little wonders – image by Layla Edeling

I have been working in the Isimangaliso Wetlands Park for almost 5 years now and it has been such a diverse experience when it comes to nature. In the reserve they have everything, from the biggest animals to the smallest critters. The safaris are rich with wildlife that allows you to see the big five on one game drive and if you enjoy the ocean, the reef systems in the park are one of the most well preserved reef systems in the world and are so beautiful, with lots of colour and tropical fish. If you are a nature lover and you want to experience nature in all of its beauty then the Isimangaliso Wetlands Park is the perfect place to do so. 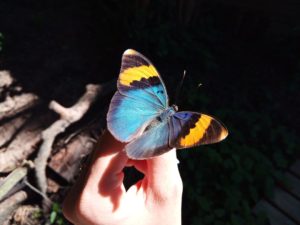 Appreciating the wonder of all forms of life by Layla Edeling